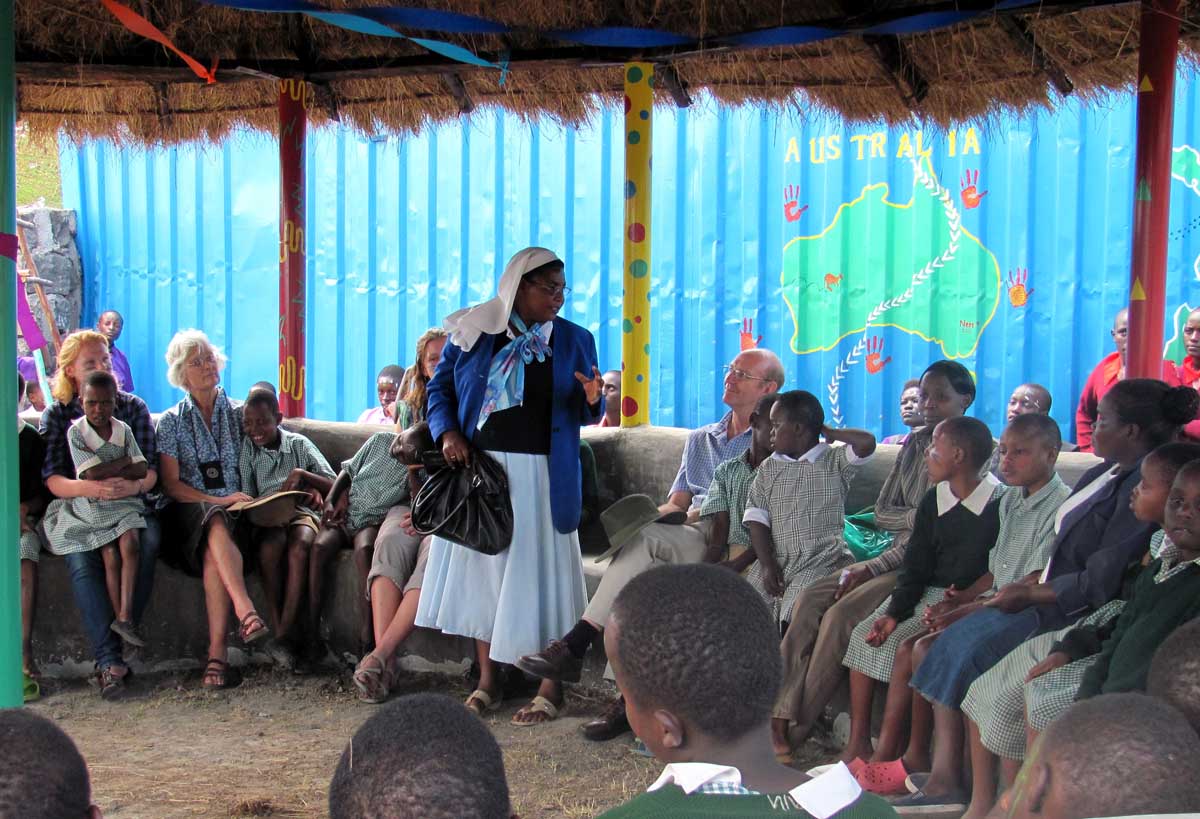 When I first saw the Gogar Primary School in 1999, it was similar to so many rural primary schools in Kenya. The classrooms were dilapidated and mostly mud walled with no floors, the desks were few and far between and consisted of rough timber structures nailed together that seated three or four children. Most sat in the dust on the floor.
There were about 300 children in the school, most of whom wore ragged uniforms. There was a disconsolate  and listless atmosphere and the results were the lowest in the division. Today there are 900 children, all seated at desks. The classrooms are stone with bright mural designs and the atmosphere is purposeful and cheerful. The results are amongst the best in the division.
In 1999 the provision for children in Rongai with mental challenges was a dark and rather dingy mud hut, cheered only by Naomi’s warm smile. Now these children have a safe, bright and clean place to live and learn. Those with potential to learn skills that will enable them to contribute to their well being in adult life now also have a place to proceed to on leaving the VGS. The first graduates from here are now independent wage earners in local supportive enterprises.
Mercy is a bright girl, who achieved the highest score at Gogar Primary school in the national leaving exam in 2010. She comes from a family who struggle and would have been forced to leave school if Sister Hiltrude, the Head, had not encouraged her to apply for a bursary at the Vanessa Grant Girls’ School. At the prize giving day in 2012, she collected the Maths prize. She has a bright future
Johnny Onslow
Project Manager, Vanessa Grant Trust